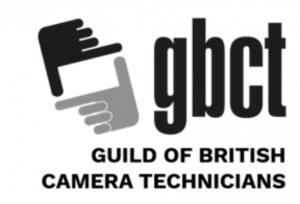 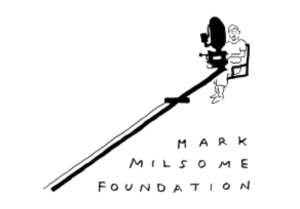 Our trainees are available for work should you be seeking a Camera Trainee for your current or future TV /Film production. For enquiries and availability please contact Sarah Prince at PrinceStone on 020 8883 1616 or Email  Sarah.

The Mark Milsome Foundation launched their second educational programme in January 2019, approaching all CILECT Film and Television schools in the UK who offer BA programmes. The schools were invited to nominate two graduating students who have a genuine and passionate interest in the camera department to be considered for a one-year mentorship programme that would help bridge the gap between full-time education and employment in the film and television industry.

The foundation is keen to clarify that this is not an easy pass or fast track; it is an opportunity for students to access work experience and mentorship after their course ends to prove they have the character, determination and focus needed to thrive in the industry.

In January 2019 film schools across the country were invited to propose their most impressive and hard working students who have excelled in their student courses and who wish to pursue a career in the camera department.

In May 2019, a final round of interviews took place at Panavision London where nine finalists were interviewed by eight Foundation members.

The successful applicants were Daisy Allen (Falmouth University School of Film and Television) and Davey MacDonald (University of South Wales).

The next Foot In The Door application process will start January 2021.

In association with BAFTA, all trainees will be granted free access to BAFTA events in London and around the UK.

The search for the first Mark Milsome Foundation Trainee took place in November 2018 via a collaboration with the Guild of British Camera Technicians. Mark worked his way up through the camera department from ‘tea to DP’ and would have been proud to be associated with the two-year programme, which produces technicians who are educated and trained to the highest standards.

The GBCT training programme invites applicants from the whole of the UK to apply to their programme and Mark would have applauded the inclusion of applicants nationwide. We believe he would also support a programme accessible to young people based on talent rather than the strength of their industry contacts or traditional academic qualifications.

Alongside an extensive network of industry contacts, patrons, sponsors and members, the GBCT supports its trainees throughout the programme, from attendance on an intensive trainee course through to paid work on feature films, television dramas and commercials, providing advice once they have completed their time as trainees and move on to the next stage of their careers.

After a rigorous process of elimination from five hundred applicants, seventy applicants were invited to be interviewed by a panel of Senior Guild Members in the autumn of 2018. A group of sixteen finalists were invited to attend a 6-day practical course, where they were assessed for their potential. The Mark Milsome Foundation members joined the GBCT members in the final week of the assessment workshop.

Nine trainees were selected from five hundred applicants and one of those, Thomas Ellacott from Newcastle was announced as the Mark Milsome Trainee.

The programme takes place every two years with the next trainee recruitment programme starting summer 2020.