Since May 2020 The Mark Milsome Foundation have been researching the attitudes towards Health & Safety within the TV & Film Industry. The survey is now closed and the findings have been concluded. Please follow the link to see the full report here. The survey generated nearly 5,000 additional comments from participants which are accessible here. 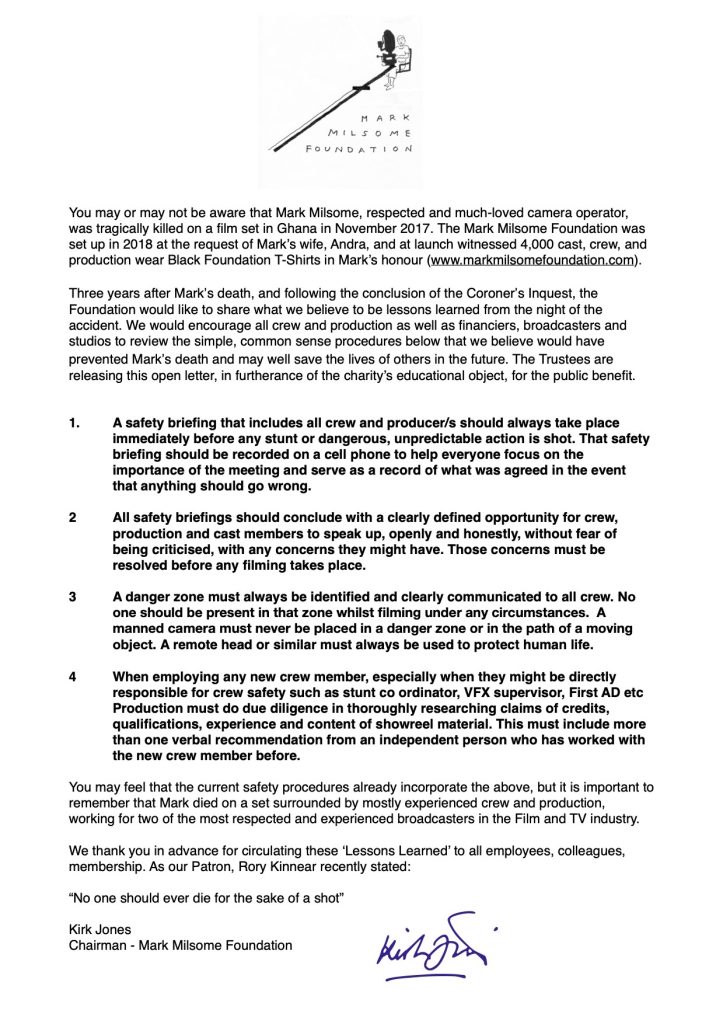