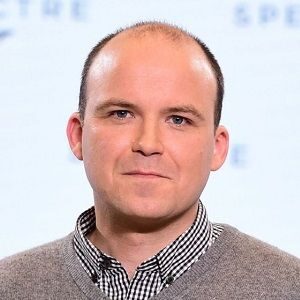 Rory is an award-winning actor, writer and director (Skyfall, Spectre, No Time To Die, Years and Years, The Imitation Game).

The Foundation was set up in the wake of the tragic death of cameraman, MarkMilsome, to support young talent and shine a light on health and safety in the Film and TV industry.

“I’m very honoured to have been asked to be Patron of the Mark Milsome Foundation”.

Mark was killed nearly three years ago whilst shooting a car stunt on the set of the BBC/Netflix/Drama Republic TV drama Black Earth Rising. The production was directed by Hugo Blick and starred Michaela Coel and John Goodman.

Rory’s father, the legendary actor Roy Kinnear, was killed while filming The Return of the Musketeers in Spain in 1988.

“Thirty years after my own father’s needless death on a film set, Mark’ all too painfully reinforced how slow the industry I love has been to prioritise the safety of its workforce”.

Rory recently participated in a panel with the MMF at the Edinburgh TV Festival to debate Health and Safety.

“By fighting for access, for awareness and empowering film and television professionals to say ‘No’ when they feel unsafe, we hope we might protect future generations from the life-defining tragedies we have had to endure, as well as making production sets a more inclusive, responsible, diverse, rewarding and ultimately more creative place to bring stories to life”.

Mark had been a greatly admired and much-loved figure in the industry, a talented camera operator and director of photography whose credits included Quantum of Solace, Game of Thrones, The Theory of Everything, Bang and Downton Abbey.

“After a nearly three years long wait, Mark’s wife and daughter, his family and our Industry are very keen to hear the Coroner’s verdict”.

The Inquest has been scheduled from Tuesday October 20th at the West London Coroner’s Court. It will be open to the press and public, subject to current Covid-19 restrictions.