We are very excited to announce our 2022 Foot in the Door trainees – Angie Ymeraj, Robert Oliver & Alfie Thompson. It’s great to have them as part of the Foundation. Head to the Education page on our website to find out more about their experience and availability! Alfie has worked on a range of productions including The Crown, Angie worked on The Winter King and Rob has previously worked on House of the Dragon. Our trainees are available to work and their details are available here: https://www.markmilsomefoundation.com/trainees/

We are very grateful to our new mentors Operators Peter Robertson, ACO and James Layton, ACO and 2nd AC Jack Plumridge. The mentors will provide their time, advice and expertise, which will be invaluable to the new trainees.

Mark Milsome was awarded the Posthumous BSC Honour. Doug Milsome was presented with Mark’s Associate BSC membership certificate at this year’s BSC Summer Lunch, which took place in July. He delivered a moving speech thanking the society and industry friends for their support.

Andra Milsome, who originally accepted the posthumous honour on Mark’s behalf at the BSC Awards earlier in the year, also spoke emotionally on receipt of the honour. “Mark would be truly honoured, humbled and touched to receive this accolade from his colleagues who he held in such high esteem. Mark will never be able to show his full creative potential to the world. He started, but had his life cut off in his prime, by such an avoidable tragedy.”
⠀
Newly appointed BSC President, Christopher Ross, said “Mark was a camera operator of the highest calibre, having been a similar skilled focus puller and clapper loader, but more significantly, he was a human being of the highest calibre and embodied everything that is great about the camera department -warmth, compassion, and determination. I urge you all to ‘Be More Mark’.”⠀
⠀
Chris urged the audience to follow and support the work of the Mark Milsome Foundation and to take their recently launched ‘Film and TV Online Safety Passport’ course (available via link in bio) developed to “Build an industry that prides itself on mutual collective responsibility, and respect for everybody’s wellbeing.”

Thank you to Christopher Ross who promoted our MMF Health and Safety Online Course during his recent chat with BSC.

“I urge you all to sign up to the Mark Milsome Foundation’s “Film and TV Online Safety Passport”. A ninety-minute course that will open your mind to on- set responsibilities and inspire you to be a force for positive change in the way that individual health and well-being are respected.”

⁣Professor Chris Morris is a valued friend of MMF and the lead advisor for our Foot in the Door trainee programme. 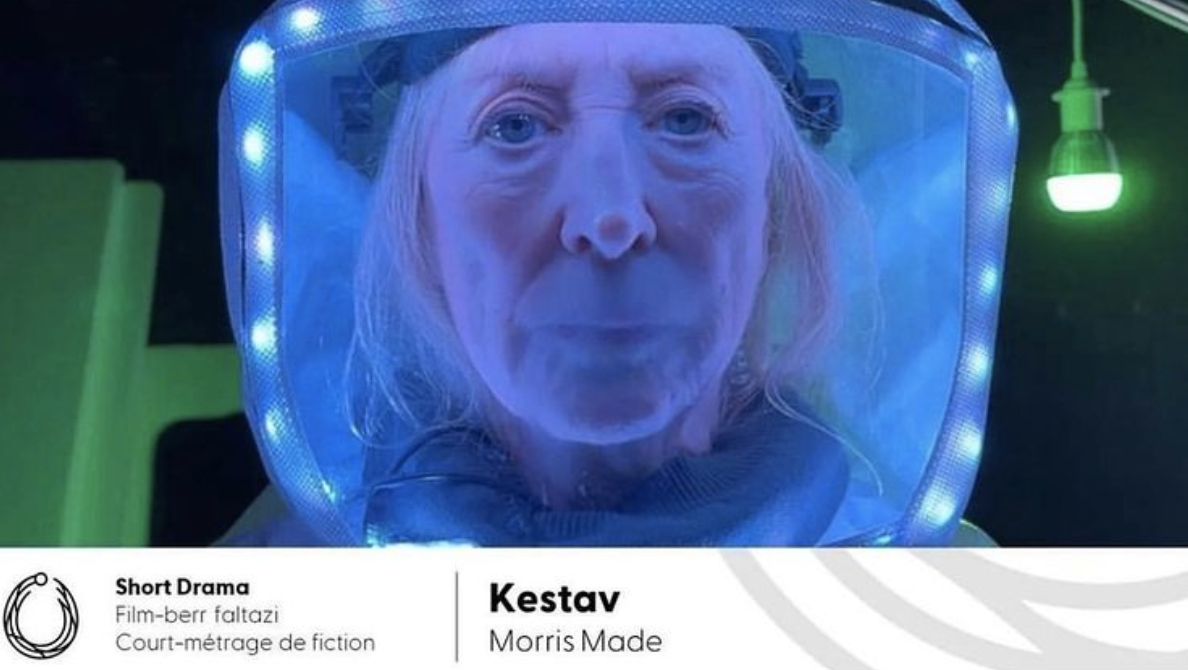 Link to The Guardian review:

⁣Thank you to @markmilsomememorialcup for organising such a fantastic event on Sunday 22nd May.⠀⠀
We saw the Ted Lasso crew go head to head with the Heart of Stone. In a thrilling penalty shootout Heart of Stone won the Mark Milsome Memorial Cup!
⠀⠀
The event raised an amazing sum of money which will help fund our aim to make the Film & TV industry a safer place to work. ⠀
⠀⠀
Thank you to everyone who organised, played, watched and took part! The Foundation appreciate all of your endless support. 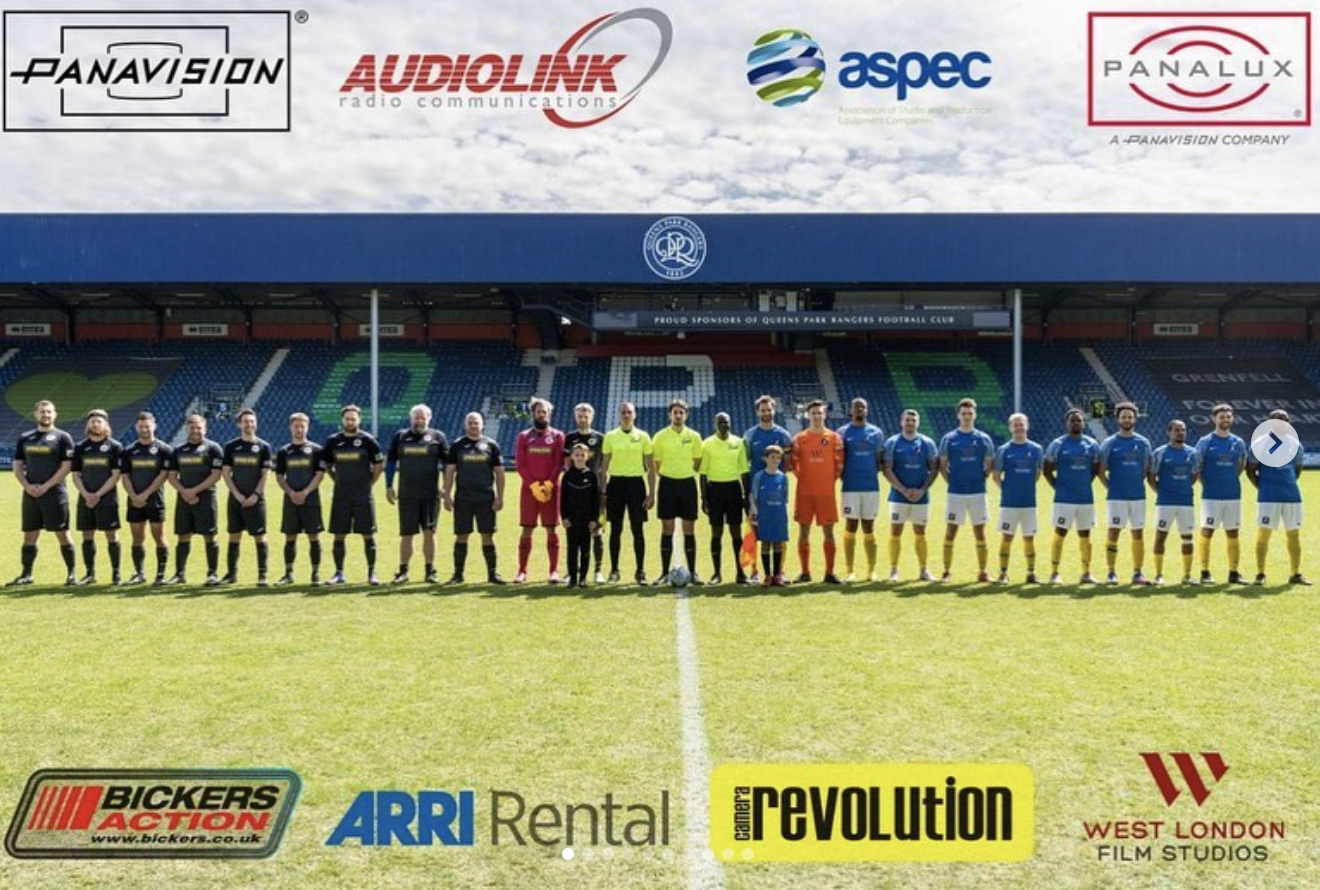 We are delighted that, thanks to the support of the British Society of Cinematographer’s and Mission Digital, the Mark Milsome Foundation will be at this year’s BSC Expo.

We are particularly pleased to be participating in a BSC panel, discussing what needs to be done urgently to keep everyone safe when working on productions. Please join us at 10.15am Friday April 8th in the BSC Main Seminar Room, for “Protect & Empower: Mental & Physical Safety On Set”

And find us on our stand, situated between Movietech Camera Rentals (310) and RED (022).

“This is the first H&S course I have seen that understands and conveys the importance of collaboration, collective responsibility and looking out for fellow crew members. I would encourage everyone in the Film, TV and Commercial Production industries to take this course and to uphold the values that it represents.”

Details of the course can be found here https://www.mmfonlinetraining.com/ 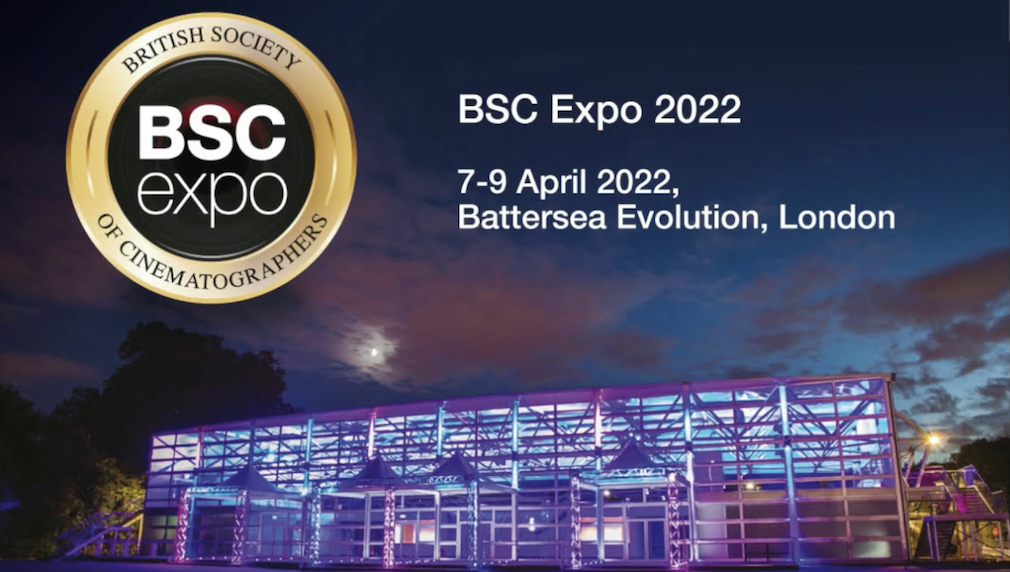 We are thrilled to report that the Board of Trustees have appointed Samantha Wainstein as its new Chair. Samantha will replace Kirk Jones who has worked for four and a half years setting up the Foundation and guiding it through the early years. Samantha and the board asked Kirk to consider staying on as a Patron and we are glad to say that he has accepted so although stepping away from the daily business he will join Rory Kinnear as Patron and will be present whenever needed.

Kirk comments “I could not be more thrilled to see Samantha take on the role of chair. Thanks to the Founding members of the MMF, the trustees and the support of crew and production, we have made great progress in the first few years and Sam is well placed to build on those foundations and take the charity to the next level”.

Sam has a strong track record of leadership and delivery across the charity, business, film education and culture sectors.

She was part of the founding team of FilmClub, established in 2008 by Director Beeban Kidron. By 2013 the project, now known as Into Film had grown from a pilot of 25 schools to over 7,000.  Samantha played a lead role in securing £26 million of funding from the BFI and £2.8 million from the cinema industry.  Into Film is the UK’s leading charity for film in education. In 2016 Sam founded a not-for-profit, ‘Film Literacy Europe’ which delivered film education projects across 8 European countries, and in 2017 working for the BFI, she launched their 2022 Future Films Strategy with an action plan to build skills for the future of film, tackling diversity and inclusion, so those from all backgrounds can have a future in the industry.

I am incredibly excited to take on the position of Mark Milsome Foundation Chair. My gratitude goes to Kirk, who has done the most amazing job of founding and leading the Foundation, and who has been a fantastic support in the last few weeks of hand over. In recognition of all that he has done including developing the Health & Safety Online Passport, it was important to me that Kirk be invited to become a Patron. I am delighted he agreed to the role, joining the wonderful Rory Kinnear.  I’m aware of how vital the film and tv community is to the success of the Foundation, and I hope we get the chance to meet soon. Until that day, please do let me have your thoughts, suggestions and feedback including if you would like to be more involved in anyway; my email is chair@markmilsomefoundation.com

The Foundation would like to acknowledge the deaths this week of Fox News cameraman Pierre Zakrzewski (55) along with Journalist Oleksandra Kuvshinova (24). At a time when the Film and Television Industry are doing their best to remove crew, production and cast from dangerous working environments, we should remember that for some crew, it is necessary to place themselves directly in the way of harm in order to truthfully record the atrocities of war and human suffering. https://www.bbc.co.uk/news/world-us-canada-60756503 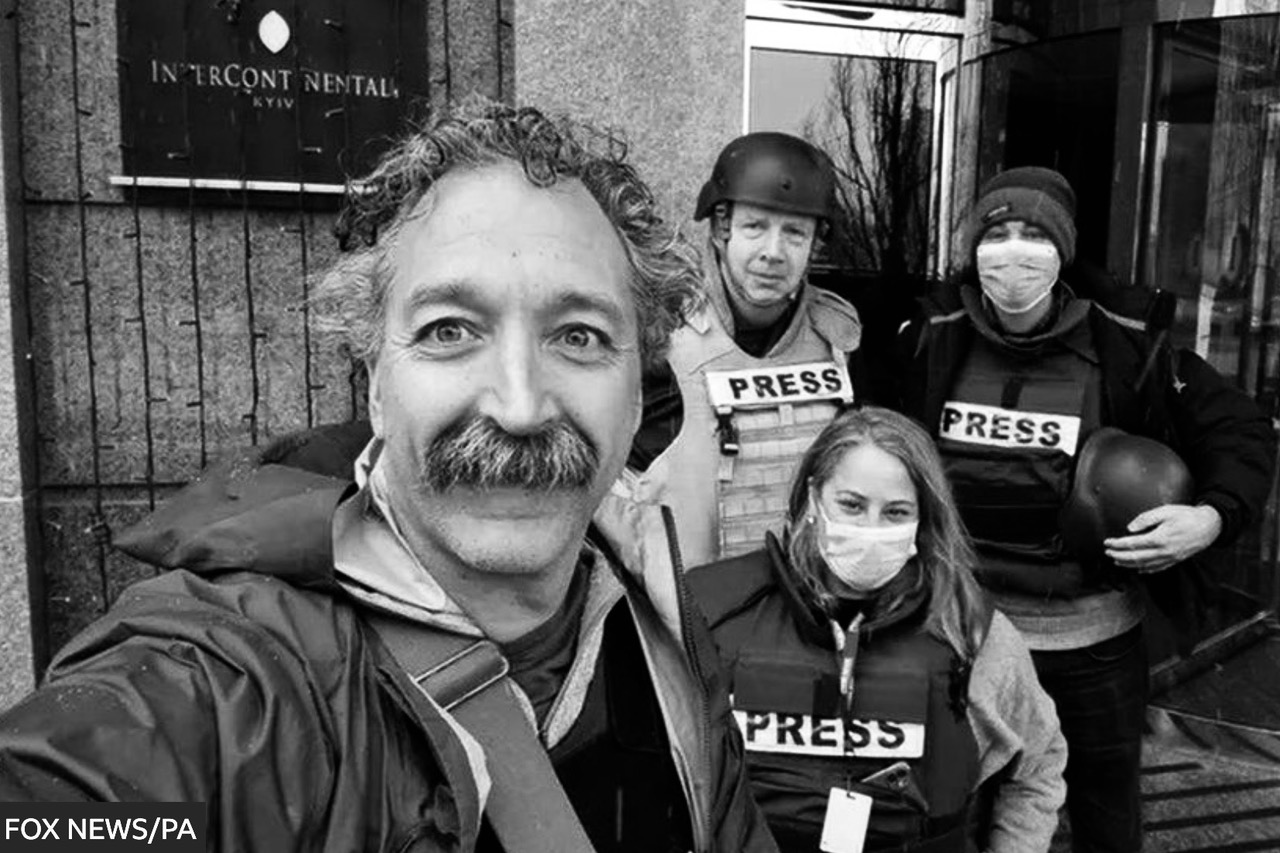 To acknowledge the exceptional talent and dedication of the late camera operator Mark Milsome, the BSC have awarded him an Honorary Associate Membership. Milsome was killed in 2017 while filming a stunt in Ghana.

Speaking emotionally at the 2022 BSC awards, Mark’s wife, Andra said: “Mark would be truly honoured, humbled and touched to receive this accolade from his colleagues who he held in such high esteem. Mark will never be able to show his full creative potential to the world. He started, but had his life cut off in his prime, by such an avoidable tragedy.

It is vital that more accountability and better health and safety practices are put into place and that these become not only standardised, but mandatory. No more cost cutting. No more cutting corners. Every single person should come home safely at the end of each working day.”

Mark’s father, Doug Milsome – BSC ASC said “We are incredibly proud to learn that the BSC has awarded Mark ‘An Honorary Associate of the Society’ especially following on from the BSC ‘Special Achievement Award’ to the MMF. Myself and Mark’s mother, Debbie, are overwhelmed and comforted that Mark’s talent has been recognised in this way”.

Newly appointed BSC President, Christopher Ross, said “Mark was a camera operator of the highest calibre, having been a similar skilled focus puller and clapper loader, but more significantly, he was a human being of the highest calibre and embodied everything that is great about the camera department -warmth, compassion, and determination. I urge you all to ‘Be More Mark’.”

Chris urged the audience to follow and support the work of the Mark Milsome Foundation and to take their recently launched  ‘Film and TV Online Safety Passport’ course (HERE) developed to ‘Build an industry that prides itself on mutual collective responsibility, and respect for everybody’s wellbeing.”

Read all about the #BSCAwards night and find out to what the winners had to say, and see more photos from the evening. 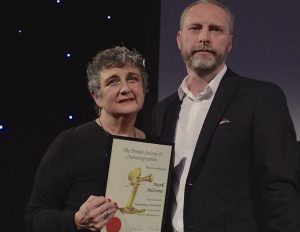 The Foundation are proud to announce the appointment of their most recent Trustee. Daisy Allen was the first ‘Foot In The Door’ Trainee to be selected in 2019. Chairman Kirk Jones comments “We have monitored Daisy’s progress since helping her establish contacts and employment in the industry in 2019 and were thrilled when she accepted an invitation to join the board. Daisy is perfectly placed to help oversee the development of the ‘Foot In The Door’ training and mentorship programme having experienced it herself first hand. We are already seeing early trainees supporting and mentoring students from more recent intakes and hope to see this level of support continue in the future.”
If you are looking for a trainee or can offer mentorship then please see details of ALL past and Present Trainees HERE.

If you are an industry based company who feel you have something to offer our students that would help their understanding of the film and TV industry then please get in touch. This could include anything anything from a few days work experience to courses in understanding equipment or bespoke tours to expose them to new technology. 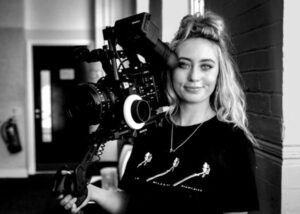 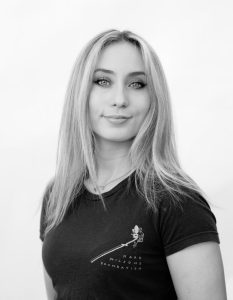 After the first few weeks the course has been embraced by the National Film and Television School and has received the following reviews from people who have taken the course:
“A very important course for experienced crew and producers, as well as new entrants to the industry also.”
————
“A tremendous refresher before any production.”
————
Mark Milsome Foundation Film and TV Online safety passport, excellent thorough course. Essential knowledge for anyone working on a film set. Relevant and accessible for all levels from new entrant to Producer. It would be amazing to see this course becoming a mandatory requirement for on set working.”
————
“Absolutely amazing course. Very engaging, informative and well presented.”
————
“Excellent level of training and should be mandatory for all cast & crew working in the industry.”
————
Watch the four trailers for the course now by following the links below!
Introduction from Rory Kinnear
Responsibility
Bullying
Tired

This year’s Prints for Mark calendar is entitled Another Perspective which looks behind the scenes of what makes filmmaking such a special & wonderful industry to work in. Head over to https://www.printsformark.com/ to purchase your calendar now.
@printsformark @missiondigital 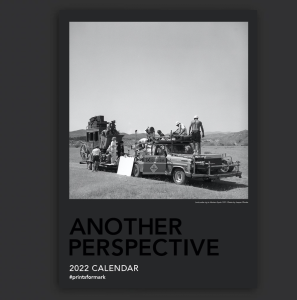