Chris Harvey from the Telegraph has written an article regarding Mark’s death. Please click below to read the full article or see attached PDF.

‘No one should die for a shot’: the tragic death of a BBC cameraman In 2017, Mark Milsome was killed while filming a stunt for the Michaela Coel drama Black Earth Rising. How did things go so badly wrong? 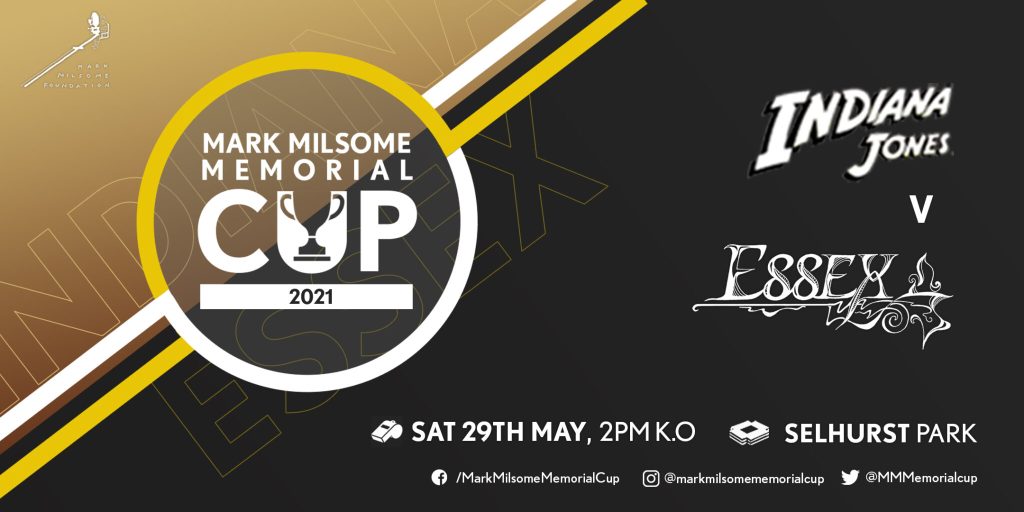 A football match to raise money for the Mark Milsome Foundation will see the launch of The Mark Milsome Memorial Cup on Thursday 19 December. With teams made up of film and TV industry professionals, this match will pit The Crown FC against Aeronauts United!

Everyone is welcome to attend — please note that it’s standing room only and do wrap up warm.

Our heartfelt thanks to the following companies & individuals for their support and sponsorship:
Panavision London
Camera Revolution
Arri
Media Access Solutions
The ACO
Sway Locations
Movietech
Andrew Woodcock
Factory Grips
Aeronauts United
We look forward to seeing you there!

A British cameraman has died while filming a stunt sequence for a BBC Two drama in Ghana. Mark Milsome, 54, whose credits include Sherlock, Game of Thrones and Saving Private Ryan, was working on the forthcoming drama The Forgiving Earth, which will be distributed by Netflix internationally.

The BBC said it was “deeply shocked and saddened” by the news, calling Milsome “a much respected colleague”.

Milsome was reportedly taking part in a night shoot for a scene involving a car stunt. The Forgiving Earth is about the prosecution of international war crimes.

His agent, Sarah Prince of PrinceStone, said an investigation into Saturday’s incident was under way. “We all need answers to this dreadful tragedy,” she said, while adding that Milsome was “an incredibly talented cameraman… a gentle gentleman [and a] genuinely loved member of the film industry family”.

Her comments were echoed in tributes on Twitter from Milsome’s colleagues and friends in the industry.

Tragic news. One of the nicest guys in the business. I count myself lucky to have worked with him on so many occasions. Professional, loyal, skilful, humble, and always, always brilliantly funny. RIP Mark Milsome.

Milsome leaves a wife and daughter, to whom his agent said he was devoted. The Forgiving Earth is a major production for the BBC, and is directed by Hugo Blick, known for directing the award-winning spy thriller The Honorable Woman in 2014.

A British camera operator has died while filming a stunt scene in the upcoming BBC and Netflix drama “ The Forgiving Earth ” in Africa.

The BBC confirmed Mark Milsome’s death. A spokesman said: “We are deeply shocked and saddened to hear this terrible news. Mark Milsome was hugely talented and a much respected colleague. Our thoughts are with Mark’s family and friends at this incredibly difficult time.”

The British broadcaster confirmed that production on the show, which is being produced by Drama Republic, has been suspended. “The independent production company has informed us that they have suspended production following this devastating news,” the Corporation said.

The tragedy reportedly happened in Ghana over the weekend while the veteran camera operator, 54, was filming a stunt scene involving cars.

The Guild of British Camera Technicians paid tribute to Milsome. “The GBCT Board and its membership are absolutely devastated by this tragic news,” the guild said in a statement.

“Mark Milsome was not only an incredibly talented camera operator, he was also one of the kindest and sweetest of human beings. He will be greatly missed.”

Milsome was a seasoned professional with a long list of credits, including movies “Saving Private Ryan” and “Quantum of Solace” and series “Game of Thrones” and “Sherlock.” “The Forgiving Earth” will be on the BBC in the U.K. and Netflix globally. Set in Africa, the thriller was written by Hugo Blick and examines war crimes and the West’s relationship with modern-day Africa.

Milsome’s agent confirmed the news to Screen. The Guild of British Camera Technicians has issued a statement to its members.

The incident took place during a night shoot on location in Ghana on Saturday (Nov 18). Milsome was working as a camera operator on a car stunt sequence when he was killed. London-born Milsome is survived by a wife and daughter.

The news has prompted an outpouring of condolences on social media from people who have worked with Milsome, including one UK-based cinematographer who said that he was “one of the kindest, funniest, most talented people I’ve ever had the pleasure of working with”.

In a 30-year career, Milsome worked as a DOP, camera operator and assistant on features including Steven Spielberg’s Saving Private Ryan, James Bond feature Quantum Of Solace  and Oscar winner The Theory Of Everything. His TV credits included episodes of Game Of Thrones for HBO and Sherlock for the BBC.

His most recent work included as a B camera operator on war romance Bitter Harvest. The Forgiving Earth – previously titled Black Earth Rising – is a Netflix, BBC2 and Drama Republic project co-produced by Eight Rooks Production. The series is a crime thriller focusing on a black Anglo-American family.

”We have been utterly devastated by the death of our lovely Mark Milsome – camera operator and more recently DoP. Mark was one of the nicest, kindest, incredibly talented cameramen but completely humble with it. A gentle gentleman, forever positive, a delight to work with, he will be so greatly missed by us all. An investigation into the circumstances is under way, we all need answers to this dreadful tragedy. Mark was devoted to his wife and daughter; they are broken, as are his mother and father, Doug Milsome.”

The BBC released the following statement to Screen: “We are deeply shocked and saddened to hear this terrible news. Mark Milsome was hugely talented and a much respected colleague. Our thoughts are with Mark’s family and friends at this incredibly difficult time.” The Guild of British Camera Technicians (GBCT) added: “The GBCT Board and its membership are absolutely devastated by this tragic news. Mark Milsome was not only an incredibly talented camera operator, he was also one of the kindest and sweetest of human beings.  Thoughts and prayers are with Mark’s family at this awful time.”

Director Hugo Blick and production outfit Drama Republic commented: “It is with huge sadness that we confirm the death of Mark Milsome, a camera operator who was working with us on the Netflix /BBC production The Forgiving Earth. We are all completely devastated. Mark was such a wonderful, kind and generous person. All our thoughts and condolences are with Mark’s family and his close friends at this tragic time. Giving them our support and focus is our number one priority.”

Industry professionals to have responded to the news include Nocturnal Animals cinematographer Seamus McGarvey, who said on Twitter that he was ”shocked and saddened”.