The Foundation are proud to announce the first two recipients of the Mark Milsome ‘Foot In The Door’ Mentorship Award.

Following a final round of interviews at Panavision London a panel of eight Foundation members selected Daisy Allen (Falmouth University School of Film and Television) and Davey MacDonald (University of South Wales).

Both Daisy and Davey are preparing to graduate from their three-year BA course and will meet with the MMF to discuss how they can best be supported in the next year, to bridge the gap between full-time education and entering the film and television industry. 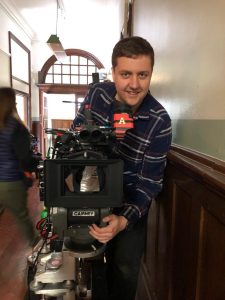 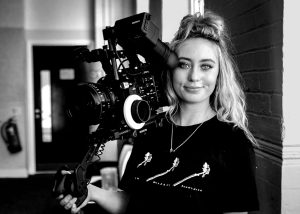 They did it! On Sunday 24 February, Alex Parish, Alex Hollowbread and Jack Metcalfe ran the half-marathon in Naples, Italy. We are so honoured that they made the Mark Milsome Foundation their charity of choice. At the time of writing, they have managed to raise an impressive £2,533 — more than twice their original target figure when they launched their campaign back in November 2018! And it’s all thanks to your generosity. We can’t thank them, and you, enough.

We wish them a safe journey home and look forward to catching up with them soon. More photos to follow, but for now, we’ll leave you with this picture of our champions and their Mark Milsome T-shirts (of course!) on completion of their 13.10969 mile run (or 21.098 km if you’re in Italy)…

Please click below to  read our current newletter and keep up-to-date and  informed off all coming MMF events in the near future by signing up to recieve it .

We are humbled and thankful to each of you for your incredible support, generosity and love in remembering our dear Mark on this very difficult first anniversary of his passing.

The extraordinary response to Black T Week has completely blown us away. It is truly overwhelming and we are so proud of Mark. I know he would be astonished by all this and wonder what all the fuss is about.

Remember him always. He lives on in our hearts.

The First Mark Milsome Trainee is in this photo …

A handful full of young hopefuls take part in the GBCT practical assessment week 2018 from which only 6-8 will be accepted on the 2 year trainee placement program.
The Mark Milsome Foundation will be working with the GBCT to enhance the 2 year programme for the whole group and will announce the very first Mark Milsome Trainee shortly.

Fourteen of the eighteen founder members of the Mark Milsome Foundation gather for the first annual meeting. With huge thanks to Nick Jones and Soho House for their support and venue. 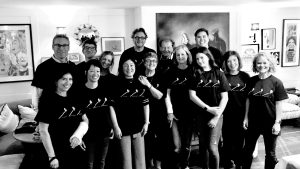 The Mark Milsome Foundation is today launching Black – T – Week in memory of Mark Milsome. We are asking crew to wear these on set during the week of the anniversary of his death from 18th – 24th November to show respect for Mark.

These limited edition T shirts will be available to purchase through October only with deliveries early November in time for 18-24 November Black T Week.

The foundation has been granted Registered Charity Status Number 1180011.

A British cameraman has died while filming a stunt sequence for a BBC Two drama in Ghana. Mark Milsome, 54, whose credits include Sherlock, Game of Thrones and Saving Private Ryan, was working on the forthcoming drama The Forgiving Earth, which will be distributed by Netflix internationally.

The BBC said it was “deeply shocked and saddened” by the news, calling Milsome “a much respected colleague”.

Milsome was reportedly taking part in a night shoot for a scene involving a car stunt. The Forgiving Earth is about the prosecution of international war crimes.

His agent, Sarah Prince of PrinceStone, said an investigation into Saturday’s incident was under way. “We all need answers to this dreadful tragedy,” she said, while adding that Milsome was “an incredibly talented cameraman… a gentle gentleman [and a] genuinely loved member of the film industry family”.

Her comments were echoed in tributes on Twitter from Milsome’s colleagues and friends in the industry.

Tragic news. One of the nicest guys in the business. I count myself lucky to have worked with him on so many occasions. Professional, loyal, skilful, humble, and always, always brilliantly funny. RIP Mark Milsome.

Milsome leaves a wife and daughter, to whom his agent said he was devoted. The Forgiving Earth is a major production for the BBC, and is directed by Hugo Blick, known for directing the award-winning spy thriller The Honorable Woman in 2014.

A British camera operator has died while filming a stunt scene in the upcoming BBC and Netflix drama “ The Forgiving Earth ” in Africa.

The BBC confirmed Mark Milsome’s death. A spokesman said: “We are deeply shocked and saddened to hear this terrible news. Mark Milsome was hugely talented and a much respected colleague. Our thoughts are with Mark’s family and friends at this incredibly difficult time.”

The British broadcaster confirmed that production on the show, which is being produced by Drama Republic, has been suspended. “The independent production company has informed us that they have suspended production following this devastating news,” the Corporation said.

The tragedy reportedly happened in Ghana over the weekend while the veteran camera operator, 54, was filming a stunt scene involving cars.

The Guild of British Camera Technicians paid tribute to Milsome. “The GBCT Board and its membership are absolutely devastated by this tragic news,” the guild said in a statement.

“Mark Milsome was not only an incredibly talented camera operator, he was also one of the kindest and sweetest of human beings. He will be greatly missed.”

Milsome was a seasoned professional with a long list of credits, including movies “Saving Private Ryan” and “Quantum of Solace” and series “Game of Thrones” and “Sherlock.” “The Forgiving Earth” will be on the BBC in the U.K. and Netflix globally. Set in Africa, the thriller was written by Hugo Blick and examines war crimes and the West’s relationship with modern-day Africa.